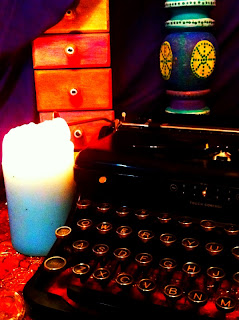 From my last post, I had mentioned that I'd show you my snazzy finds from the Flea - so here they are...a lovely little chest of drawers in miniature size  (it's probably 18 inches tall, with little drawers).  All handpainted - you can see it on the left behind the blue candle.  Then, from the same artist, a handpainted candle holder to go with it all.  That's the one with the yellow circle with the dots on it.  So fab in the studio! 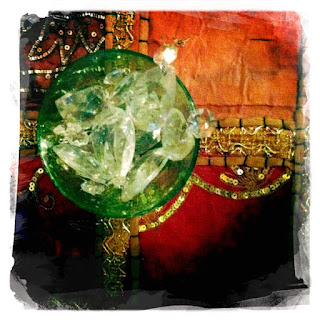 Here we have a bumper set of chandelier crystals - just waiting to be transformed into some jewelry.  Or some "faux chandelier" treatments of my own.  See, I'd love to own a chandelier and decorate the studio with it, all Parisian attelier inspired and generally decadent.  But I live in a climate that only resembles Paris on the hottest days of summer - the Parisians install a "tropical beach" called the Paris Plage by the banks of the Seine in August just to try to make it bearable.  If you could get out of town, you would....and it's like that much of the year here.  So, practicality wins out, and a ceiling fan wins.  Doesn't have to look like an ordinary fan though.  And so hence, faux chandeliering - I'm slowly but surely adding bits of crystal on where I can and stringing it from other beads, and fishing line if that's what it takes.  Its as faux French as my command of the French language is... 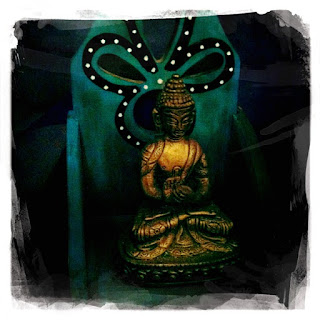 Now isn't he just looking all mysterious and evocative sitting on the top of the painted chest? 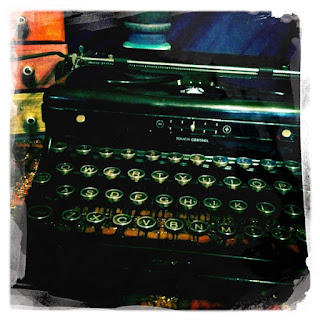 and here it is, the piece de resistance...direct from the Fancy Flea...the typewriter.  You remember I said I was going to take a chance on buying it, because I wasn't really all that sure if it was going to work.  So last weekend, I took it out of its case (the original) and gave it a good once over with the eyeballs.  Well, pretty soon I could tell that a key seemed to be stuck in the operative position.  One that was not about to allow any other keys to do what keys were meant to do (i.e. strike paper.)   Other than this, however, it seemed to be in pretty good shape.  A couple of hours of typewriter research go by.

Who knew that there was a market for vintage typewriters in this age of technology?  Not I.  But, "Each man has his peculiar interests" to quote Lincoln, and so it goes with musty old office equipment also.  I found a place that repairs them about two hours from where I live.  Not really fancying the drive, but what can a seeker of art supplies (oh yes, that's why I wanted this baby to work, so I can use it for making vintage looking text to add to mixed media work) do?

Well, one invites one's handy husband to take a look at one's "new" typewriter.  So get this!  My husband - who took apart many of his family's appliances as a child and apparently reassembled most of them - fixed up the vintage typewriter for me!  He whisked it off to the garage, and emerged with it cleaned, oiled, and running beautifully.  I couldn't believe it.  I ordered it new ribbons this week - and it should be in pretty good shape at that point.  Particularly for a 75 year old machine.  Did you know there is a typewriter database?  Oui.  Mine is a 1936 Royal Model 0 standard portable typewriter; I'm very pleased with it.
Posted by Jane B. at Saturday, November 27, 2010

Cool finds.
Where did you order your typewriter ribbons? I have 2 old typewriters that need ribbons.
I think I am going to have to sownload that Hipstamatic app for my iphone, such cool pics and so easy.
I spotted a friend in your picture from the workshop in Spain with Nick. Weird.

A few of my favorite art blogs 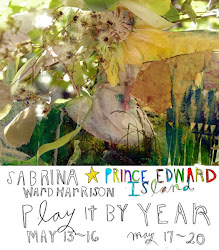 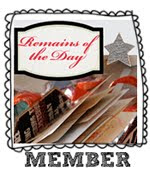 Thank you to everyone who is following my blog; I'm always amazed when I get a new one, but we artists and writers are needy souls. We love comments and feedback! More, more! So, drop me a line and tell me what you think. Always appreciated...

Dispatches from the past

A few words about copyrighted words and images

Dear readers, I greatly appreciate your looking at my blog, but please do not "borrow" any of the images you see on here. All images and writing are copyrighted by me. Inspiration is an important part of the artistic process, particularly when we are learning our craft, but stealing is not. I'm sure all my gentle readers have the good grace to agree. If you see anything that inspires you to develop your creativity in your own original work, then I'm glad to have helped. Please feel free to include this blog on your blog roll (I'll be flattered!) Thank you for your understanding.